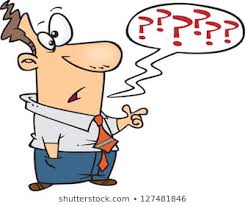 You are driving home to Anytown, Frederick County in mid-2021. It’s now several months into a Bernie Sanders presidency. Medicare for All is now the law of the land.

Your stomach has been hurting (no doubt from the imitation burger you had for lunch, since cows are on a mission to destroy the planet with their Co2 you’re doing your part to be more responsible).  You call the doctor to make an appointment. Success! You get to see the doctor five years from now, the earliest appointment they had.

You excitedly call your wife and tell her the good news. She seems slightly annoyed. “Is your appointment in the morning or afternoon?!?” she demands. “It’s five years from now, what does it matter?” you ask. She replies, “Because my tooth hurts and I have a dentist appointment that morning.”

As you pull into the driveway you see a team of Federal Agents hauling away your next door neighbor, Doug. Apparently Doug’s dug quite a hole for himself, he was alleged to have maintained private insurance. Word on the street is he also felt he was better able to make decisions about his family than the government. Dangerous talk in these parts.

Walking up to your door you notice a mustachioed, emaciated man with the bearing of a broken scarecrow and the charisma of a damp rag lurking in the shadows of your locked shed. Your fear turns to relief, it’s just Maryland Attorney General Brian Frosh. He heard you had let your son hold your gun for just a moment.  His visit is to determine if the evidence warrants mandatory life imprisonment.

Your wife greets you eagerly at the door, you see concern written all over her face as you close the door behind you. Then you see there is a man in your house; you’ve never met him before. She said he showed up ten minutes ago and has occupied a corner of your entryway ever since.

“Who the hell…”, before your sentence is finished you hear a knock on the door and answer it. Standing before you wearing a tan business jacket, glaring down at a clipboard is Congresswoman Alexandria Ocasio-Cortez. Without looking up she announces “This is Joe, he is 32 and while he is perfectly capable of working he chooses not to. As part of our Green New Deal he doesn’t have to, he is unwilling to work and we have to respect that. This is his truth. You will take care of his needs on behalf of the government.” She gives Joe a shove through your front door.

Your wife staggers over to the stereo and puts in her favorite record to soothe her nerves. The words, “leaving on a jet plane” send AOC into a rage. She slaps you across the face and angrily denounces your bourgeoisie lifestyle. The lecture begins, “Between driving to the airport and leaving on a jet plane… you’re a worse carbon polluter than India. You’ll take another year off of earth’s life expectancy, we’ll all be dead soon.” As you look around scratching your head, you wonder if that might not be such a bad thing.

Will Any Guy Frederick survive his day?  Tune in next week and find out.