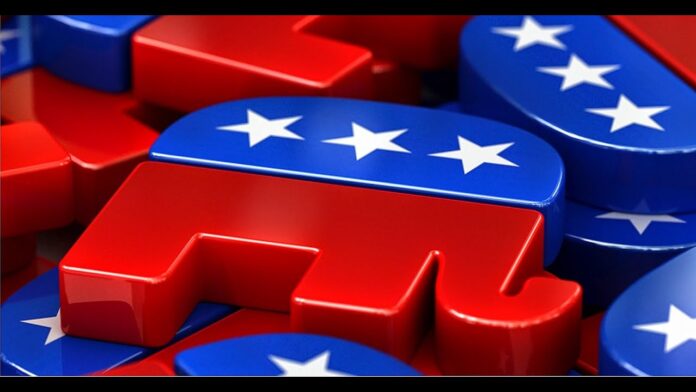 What is a Republican? Locally all it means is that the person in question wrote an “R” in a box. It means nothing more or nothing less.

I have a friend who is a registered Republican who, to my annoyance, very often votes for, and sometimes campaigns for, Democrats. He often speaks of local Republicans with bitter disdain. I must admit, I thought him a bit of a hypocrite and wondered why he didn’t just pull off the band aid and register Democrat. Then it dawned on me. My friend was comparing local Republicans to his republican ideals and finding them woefully wanting. He was so disappointed in them he voted for the opposition whom were at least a bit more honest about their destructive ideals. Cutting off one’s nose to spite one’s face? Perhaps, but I at least now understand his motivation.

Here are a few examples of what local Republicans do in the county council: Blue (R) is reportedly supporting a 17% increase in the recordation fee on home sales; Dacey (R) and McKay (R) voted to criminalize balloon releases; Blue (R) voted to buy a free heroine needle delivery van; and let’s not forget Otis (R) then (I) block-voting with the Democrat minority for 4 years to ram through every single whim of Democrat Jan Gardner.

Councilmen Shreve (R) and Delauter (R) had good republican voting records in their last 4 years but they did not articulate republican ideals. They did not provide the citizenry with a thoughtful alternative to Jan Gardner’s “more and bigger” agenda.

So how should a minority Republican behave? I have examples of two different approaches. The first I fully support, the other, while I understand it and it may have been effective, makes me a bit nervous.

First, former Delegate Kelly Schulz (R) was outnumbered in Annapolis and almost always lost. She wrote monthly for my paper, the Woodsboro-Walkersville Times, on current Annapolis issues. Rather than tooting her own horn (she did have an occasional bi-partisan win), she usually wrote about a recent or impending legislative loss. She wrote as a republican explaining why the Annapolis majority was wrong. She promoted republican principles and shared them with us. She kept the vision alive and I salute her for that and miss her local political presence dearly.

Second, David Brinkley was a State Senator representing our region who was defeated by Michael Hough mainly on his voting record. Brinkley was seen voting with the Annapolis Democrats all too often. I challenged Mr. Brinkley on his voting during an interview when he was campaigning for re-election.

Then-Senator Brinkley stated the obvious, that he was in a distinct minority and would lose on almost any republican issue. He chose to go along to get along. He claimed his votes supporting many Democratic initiatives got him a seat-at-the-table during the formulation of those initiatives. He claimed a high success rate of getting some of the more extreme portions of bills removed or toned down during the drafting. The bills still passed, often with his vote tallied with the Democrat majority, but the bill was a little less extreme, a little less expensive or a little less intrusive due to his influence.

Mr. Brinkley’s subtle gamesmanship could not stand up to the Hough attacksduring the campaign and he was voted out. He now works for Governor Hogan.

While Hough’s approach is more straightforward and perhaps emotionally satisfying, I wonder if Brinkley’s approach might not have been the more effective? Perhaps some political science scholar out there can do the hard work analyzing the impact of the two senators and shed some light on the better approach when grossly outnumbered.

Maryland Republicans are a strange lot with many disappointing us. We do real harm to our party and our ideals when we put an “R” in office who does not articulate republican principles through words and deeds. Let’s be more careful and diligent next election cycle.

Editors Note:  This article first appeared on February 21, 2020.  Through an editorial error the last three paragraph’s were inadvertently left off.  The Tentacle apologizes to the author and the readers.