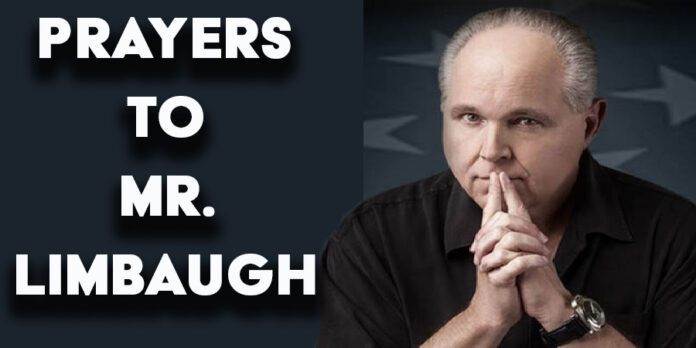 I was just a 14 year old kid in 1993. That’s when I remember my Aunt Joyce telling my dad (Greg) about the most remarkable man that she had heard on the radio. It was at one of our family get togethers when my grandparents were still living and the family gathered more often. That was the first time anyone spoke to me about Rush Limbaugh.

I remember it was at dinner where she was recounting listening to him as she drove home to our very small town of Perrysburg, Indiana from the big city of Indianapolis, Indiana. She was excited because she said he could speak to you like you were the only one he was talking to.

“He’s saying things that we’ve said!” I remember her exclaiming vividly. It was the moment that she became hooked to the voice behind Excellence In Broadcasting. My Aunt had enrolled in the Rush Limbaugh Institute for advanced conservative studies. In so doing both she and I embarked on an interesting journey into politics and government. She was my first political science mentor.

She became an almost immediate subscriber to the Limbaugh Letter after she heard him for the first time. The Limbaugh Letter was a newsletter delivered by mail for all the folks who couldn’t listen to Rush on the radio every day. In order to understand the necessary requirement of a newsletter you need to harken back to a more simple time that was not so long ago. We didn’t have talk radio where I grew up. In those days Chicago had talk radio in the north and Indianapolis to the south. Fort Wayne had it to the west and Lafayette had it to the east. Our small town was in the very middle and couldn’t get the AM signal for Rush Limbaugh listening. Remember that it was 1993 and that was before the internet as we know it today.

Aunt Joyce tipped off my dad to tape all of the Rush Limbaugh television shows with our VCR. She discovered that a television station (WXIN channel TV 59) out of Fort Wayne aired the shows late at night if you turned the external antenna. That was when I discovered the Rush Limbaugh brand of conservatism for myself. I remember the shows fondly because I would have a frame of reference for the adult conversations when the adults would gather.

My Aunt let me borrow two of Rush’s newsletters when I discovered that a high school English teacher that I was not particularly fond of was running for elected office as a Democrat. I also incorporated a book by Rush Limbaugh’ called “The Way Things Ought To Be” into a speech that I gave for my English class. I got an A.

That tickled my Aunt Joyce to new levels because let me borrow the book. As I got older I too embraced Rush Limbaugh conservatism in spades. Aunt Joyce and I saw Vice President Al Gore go down in defeat after the Florida voting fiasco of 2000 which ushered in George W. Bush into the white house. I got to go to my first political rally with a kindred spirit named Scott Fluhr. We went to Bush Rally in Louisville Kentucky.

My Aunt died soon after that in May of 2001. She had a fought a battle with cancer. No one thought it would end as quickly as it did. I miss her still and I know my father misses her too. I recount all this to you because I heard on the radio Monday that Rush Limbaugh was diagnosed with advanced lung cancer. I wish Mr. Limbaugh the absolute best and pray for his recovery. 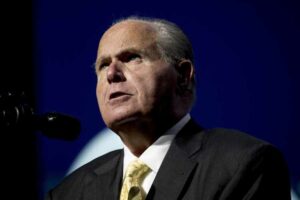 I know Rush will never understand that his bumper music at noon flooded my mind with the smiling image of my Aunt. That for a brief moment in time it was like I was riding shotgun with her making my way home to Indiana from the various places either the Army or fate dropped me. Rush was a part of both my childhood and adulthood. I am spoiled to have the internet now. I can listen to Rush on demand whenever I want.

I can still hear the excitement of my aunt’s voice saying “Dittos Rush!” to the radio in her car. I can also recall seeing the wonder on her face as she recounted the first time she heard him on the radio. My prayers go out to Mr. Limbaugh and his family. He has been a fond part of my political journey for 26 years.