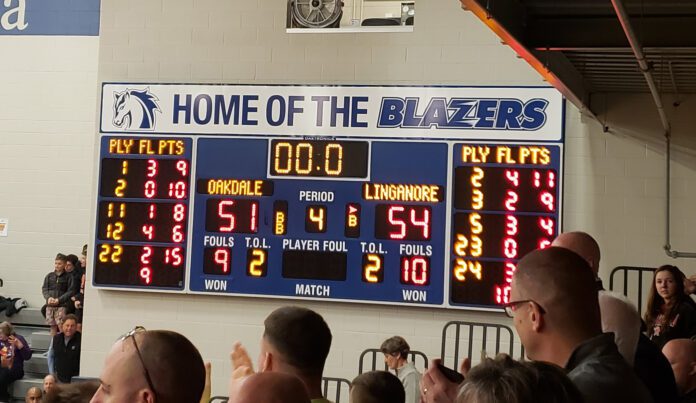 On February 25, 2020 the Linganore Lancers boys basketball captured their second county title.  It was their first since 2017 when they defeated Middletown High School.

The Lancers defeated Oakdale 54-51.  With this win the Lancers finished the season 17-4 while Oakdale dropped to 17-6 after finishing regular season play 17-5.

Chase Maddox led the Lancers to victory over the Bears with 11 points and put a clincher on the game with two clutch free throws with six seconds remaining.  During the regular season match-ups the Lancers fell to Oakdale twice by scores of 69-60 and 58-55 respectfully.

The Lancers will host the winner next week at Linganore High School. Meanwhile for the Oakdale Bears they are a #1 seed in the 2A West playoffs and will face the winner of the Walkersville/Boonsboro Matchup at Oakdale High School next week.