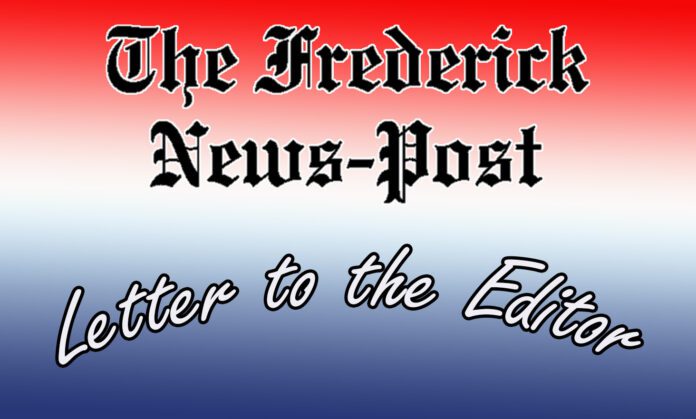 Mr. Jason Miller, in his Back To You Mr. Bickel piece published January 8th seems to have placed the defense of Mr. Edward Burrell’s concerns about the County’s audit of the Frederick County Sheriff’s Office (FCSO) 287(g) agreement with Immigrations and Customs Enforcement (ICE) back in my court.

It seems that Mr. Miller and I are talking past each other as I have tried to defend some salient points Mr. Burrell has made regarding the audit, and Mr. Miller is trying to make a political argument.

Yes, Mr. Burrell has called for an independent audit to determine the actual cost of the 287(g) agreement with ICE, costs that are currently hidden in the FCSO budget, hidden from the county executive, the county council and county taxpayer.

Yes, Mr. Burrell, a Certified Public Accountant, has expressed concerns about the appearance of an impropriety and scope of the examination after receiving more detailed information about the work order and scope of the audit. Additionally, he has communicated with the county executive and county administrator exchanging ideas and concerns regarding the work order and audit’s scope to no avail.

Yes, Mr. Burrell raised concerns about the “independent” nature of the audit since it is being conducted by a contractor already employed by the county and overseen by a county employee who has previously received criticism in related matters. I would have suggested reaching out to the Maryland State Inspector General’s Office for help, possibly saving the county money and gaining a truly independent review.

Yes, Mr. Miller, I “wrote a letter to the FNP on September 12, 2019 explaining what the 287(g) audit was and what it wasn’t.” https://www.fredericknewspost.com/opinion/letter_to_editor/audit-of-sheriff-s-office-s-g-agreement-what-it/article_59f2a10e-0b43-5463-ae27-3e09c577987b.html That attempt to provide some clarification did not delve into the “independent” nature of the audit or the scope of the work to be done.

Yes, Mr. Miller I did connect “Frederick County’s 287(g) audit to a newspaper journalist’s investigation of 287(g) accounting practices in Prince William County Virginia…”  https://www.princewilliamtimes.com/news/sheriff-candidates-clash-over-ice-agreement/article_d7174958-c433-11e9-9ffe-1bc9530a4395.html  The problem is clearly the same, costs of the program being hidden from the local government that appropriates the funds and the taxpaying public, making the reporter’s findings relevant.

Yes, Mr. Miller Mr. Burrell, myself and many others will be satisfied with the results of a thorough and truly independent 3rd party audit free from the appearance of any impropriety. I would hope that the taxpaying public would demand the same.

As for a private feud Mr. Miller, I am not aware of any. It is about good governance, transparency and accountability to the tax paying public.

Thank you very much Mr. Miller for providing an opportunity for us to exchange differing points of view on an important matter to those who fund our government services, the tax payer.

Karl Bickel, formerly second in command of the Frederick County Sheriff’s Office and former assistant professor of criminal justice is retired from the U.S. Department of Justice and writes from Monrovia. He can be reached at KarlBickel@comcast.net