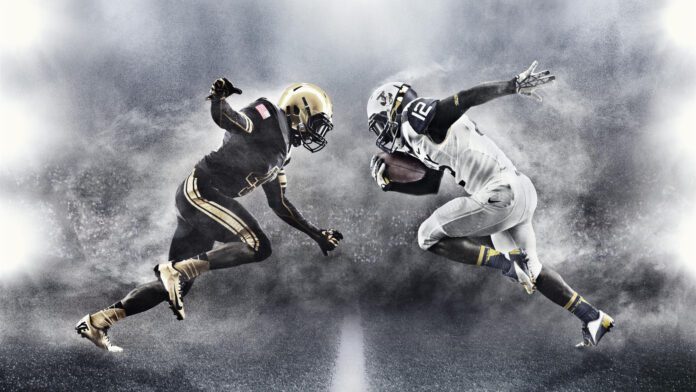 Army faced a stifling defensive performance by the Midshipmen alongside a record-setting offensive output by Senior Quarterback Malcolm Perry who rushed for an Army/Navy game record of 304 yards.  Perry had 29 carries and 2 touchdowns while breaking several Naval Academy records. His total rushing yards this season were 1,900, passing former Navy great Napoleon McCallum who previously held the record of 1,587 in 1983.

President Donald Trump was in attendance for the 3rd time during his Presidency including attendance as President-Elect in 2016.  He tossed a ceremonial coin celebrating the 120th edition of the Army/Navy Game prior to the game.  The President spent the first half on the Army sideline while spending the remainder of the game on the Naval Academy sideline.

In addition, prior to the game President Trump signed an executive order which will allow players attending both academies to pursue a career in pro football after they fulfill their required 4-year commitment to the US Military.

With this win Navy captured the Commander-In-Chief Trophy for the 16th time since the trophy was commissioned to the winning academy beginning in 1979. This was Navy’s first victory over Army since 2015 and their 10th win of the season.

Army finished the season with a mediocre and disappointing total of 5 wins failing to follow up on a 10-win campaign last season.